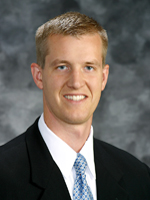 Member of Wisconsin Center District Board